Gold has been worked for centuries by Greeks, Romans and Egyptians; believed to bring power and strength, adorned kings and queens, used as currency and in more modern times used in industry. It has caused mania among men, destroyed some cultures and made others supreme.

Gold can be found being used as far back as 3600 BC in ancient Egypt for magnificent artefacts like jewellery, funeral masks, statues and other finery. The Egyptians didn’t use gold as economic wealth however; instead they used a barter system and did not trade gold.

The ancient Romans used gold for wealth, and trade was heavily dependent on it. Gold coins were used in the treasury and was controlled by the senate and Roman government.

After the fall of the Roman Empire however, gold production virtually disappeared until the Spanish discovered the vast gold deposits and treasures of Mexico and South America. 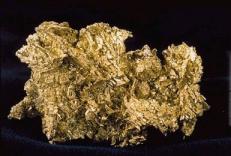 In more recent times we look at South Africa, which has produced large quantities of gold since the 1880. In 1970, South Africa was producing 79% of the world’s supply of gold, but in 2007 China replaced South Africa as the world’s largest gold producer. Other main players in gold sources in the world include the United States, Russia, Australia and Peru.

Gold is a good investment in monetary terms, but also we will always love gold for its sheer beauty.

One thought on “Gold, All that Glitters….”